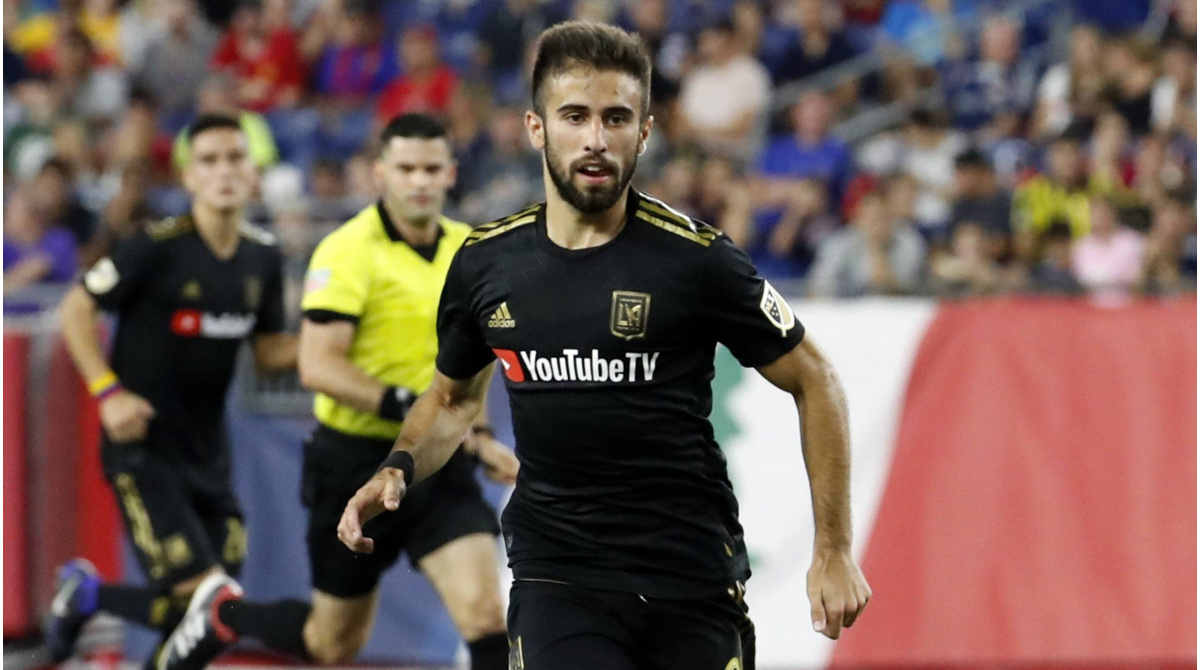 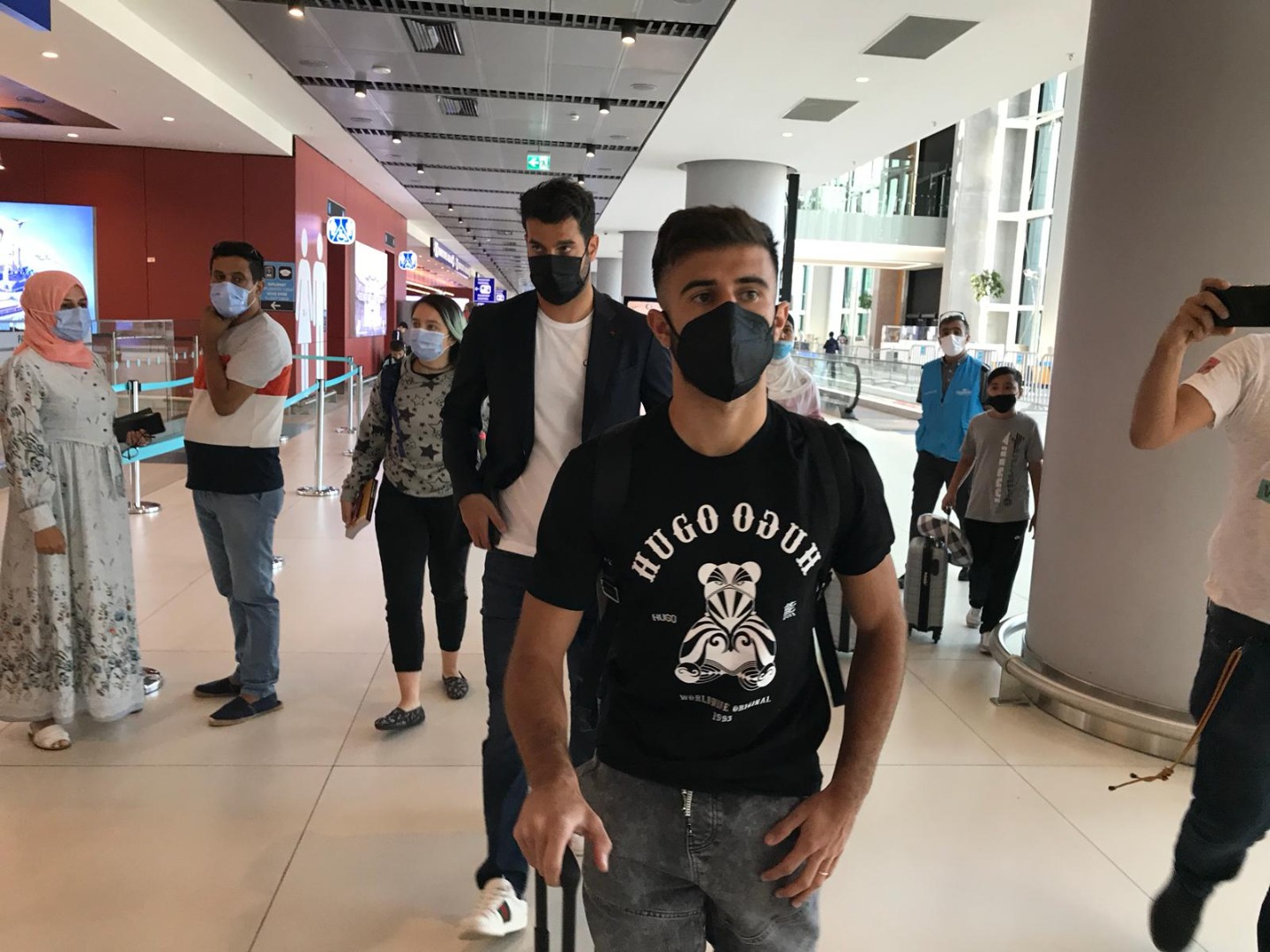 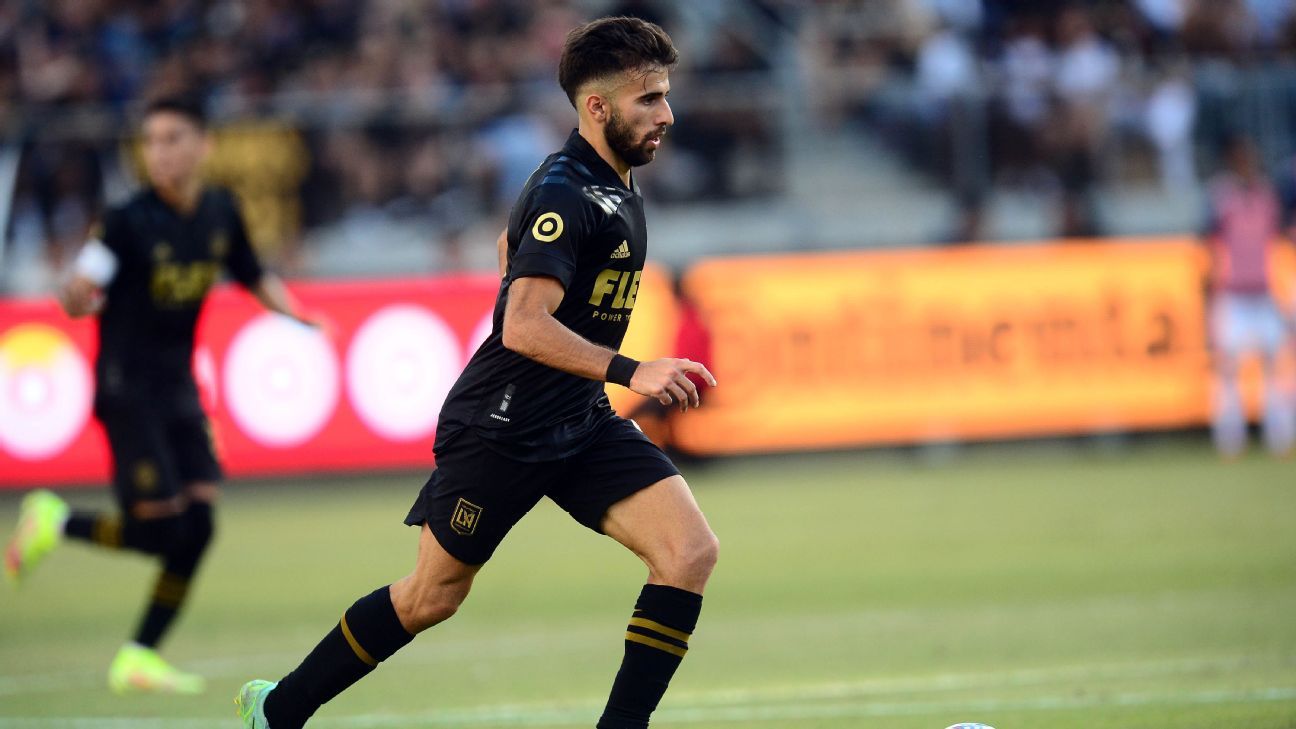 Thorrington told ESPN that while the deal isn’t done, LAFC has allowed Rossi to travel to Istanbul in anticipation that the deal — which will consist of an initial loan period followed by an expected permanent transfer — will be completed.

“We are close to finalizing [the deal],” Thorrington told ESPN. “There are a couple of T’s that need crossing, I’s to be dotted, etc.,” he said. “But it looks like it is heading in that direction.”

A source with knowledge of the deal told ESPN that if the transfer is completed, LAFC stands to gain somewhere around $10 million. LAFC will retain a percentage of any future sale, but will also have to pay Rossi’s previous club, Uruguayan side Peñarol, a cut of the fee as well.

Fenerbahce later tweeted a photo of Rossi on a flight and stated that he will undergo a medical and “continue negotiations”.

Thorrington stressed that developing young players and then transferring them for a profit has long been part of LAFC’s process.

“I do believe that this is the next step that will lead to a long term move that opens up a lot of financial flexibility for us to add talented players,” Thorrington added. “This has always been a part of our process. We remain committed to winning and everything that our operation does is with the idea of making us stronger and winning championships.”

Rossi, 23 has long been rumored to move on from LAFC, but the coronavirus pandemic has put a damper on the world transfer market. Fenerbahce has been searching for a striker, but needs to move quickly. While the transfer deadline in Turkey is Sept. 9, the deadline for naming its roster for the Europa League is this Thursday.

Operating primarily on the wing, Rossi has been an impressive performer for LAFC ever since he arrived ahead of the 2018 season, scoring 57 goals in 120 league, playoff and cup appearances. During the pandemic-shortened 2020 campaign Rossi won the Golden Boot with 14 goals, was named to the MLS Best XI, and won the league’s Young Player of the Year award.

Rossi has represented Uruguay at numerous youth levels, but has yet to make an appearance with the senior side.

If the deal is completed, Rossi would find himself in the same club as Mesut Ozil, Enner Valencia and Luiz Gustavo. They have won all three of their matches to start the 2021-22 league campaign thus far, and trail Trabzonspor only on goal differential. 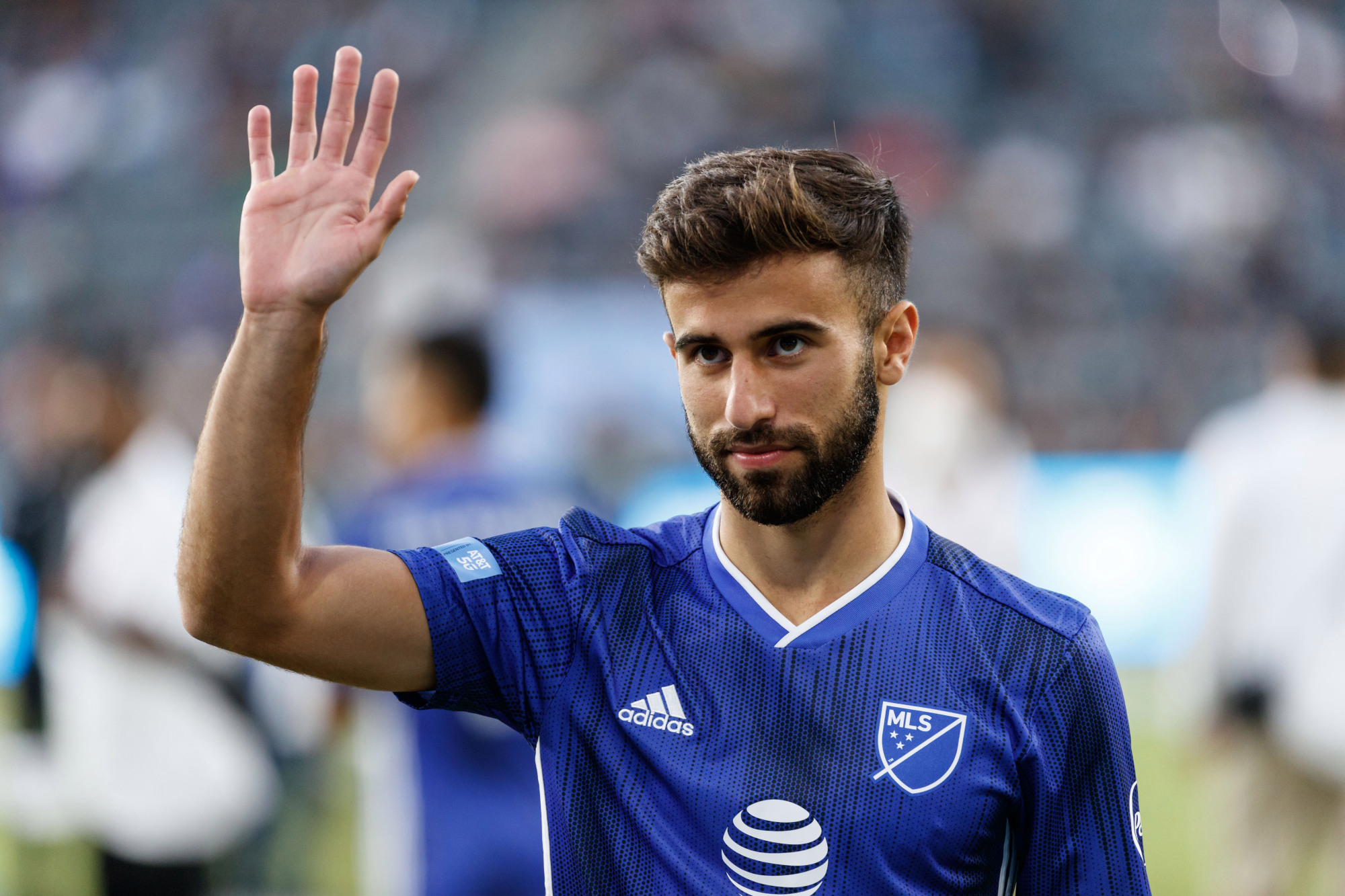 Diego Rossi holds the distinction of being the first player to score a goal for the Los Angeles Football Club.

The 3252 went on to immortalize Rossi’s neat curler, perfectly steered into the middle of his stride by Carlos Vela on March 4, 2018 in Seattle, which held up for LAFC’s 1-0 win in its Major League Soccer debut.

Signed as an 18-year-old as a young Designated Player, Rossi once again is intertwined with a critical moment in LAFC history – even as he prepares to depart.

On Tuesday, LAFC is expected to announce that it has loaned Rossi to Turkish Süper Lig club Fenerbahçe S.K. through April.

The deal between LAFC and the Istanbul-based club, which is likely to become permanent, runs through April and is considered the darting Uruguayan’s first step toward a long-term move to Europe.

Rossi, 23, has been cleared to fly to Turkey to undergo medical exams.

“This was a long time coming,” LAFC general manager and co-president John Thorrington. “It’s huge. It’s the first time in our club’s history that we’re facilitating a move of a player that we helped develop to a European club.

“The reason this is different is that this has always been a clear foundational principle of LAFC.”

The transaction represents a proof of concept regarding the club’s business model and philosophy, which focuses on being a premier team in MLS while developing talented players who it can sell on the international soccer market.

A progression to top-flight European soccer was Rossi’s ambition before he joined LAFC, and the club continually engaged with the first player it invested in as part of this process.

“That is a success story,” Thorrington said. “He won’t be the last.”

The deal came later than expected, at least by a year because of the “dead and stagnant” pandemic transfer market “but we found a deal because of Diego’s viability,” said LAFC’s head of soccer operations.

Over his three and a half seasons in Los Angeles, Rossi heard The 3252 supporters sing his name, and he lived up to their words by becoming a name that future LAFC attackers will be compared against.

From LAFC’s competitive debut four years ago in Seattle through Rossi’s final appearance on Saturday against the rival Galaxy, the Montevideo native contributed 48 goals and 21 assists in MLS league play.

Leaning on Rossi’s durability and consistent production, which often took place alongside his ace partner Vela, LAFC’s early success included a league record for points and several offensive categories during its Supporters’ Shield winning campaign in 2019.

However, after receiving the MLS Golden Boot in 2020 Rossi’s production has diminished in 2021.

Beginning the season nursing a hamstring injury, Rossi leaves L.A. with six goals and an assist in 19 appearances this year.

Despite the dip in production, Fenerbahçe, one of several clubs with long-term interest in Rossi since he joined LAFC from Uruguayan soccer powerhouse Peñarol, was not dissuaded.

LAFC took a proactive approach to address lingering biases about the quality of development from Major League Soccer clubs. It also packaged information, including unique data sets, that gave Fenerbahçe insight into how Rossi could fit in for a side that wanted to finalize its roster by Sept. 2 for Europa League competition.

A permanent move should yield “a good amount” of capital, Thorrington said, and provide LAFC the flexibility to shape its roster in ways it could not since signing Brian Rodriguez as its third Designated Player in 2019.

ESPN reported that LAFC stands to gain somewhere around $10 million from the transfer. LAFC would retain a percentage of any future sale, but would also have to pay Rossi’s previous club, Uruguayan side Peñarol, a portion of the fee as well.

Related Articles El Trafico: Galaxy and LAFC play to thrilling draw LAFC looks to correct ‘minor’ details against Galaxy MLS edges Liga MX on penalty kicks in MLS All-Star Game Sounders’ Cristian and Alex Roldan return to SoCal for MLS All-Star Game Liga MX stars defeat MLS in All-Star Skills Challenge “I think our supporters can expect that we’re making an investment,” Thorrington added. “We are in current conversations and have been for quite some time. It is reasonable to assume we’ll be investing in an attacker.”

Without Rossi and missing Vela, LAFC will look to Rodriguez, Colombian forward Cristian Arango, who was brought into the club a month ago in anticipation of a possible departure, Cal Jennings and Danny Musovski to produce goals over its final 13 regular-season matches.

News of Rossi’s departure comes as LAFC copes with its worst stretch in four seasons. Winless in eight consecutive matches while earning just three out of a possible 24 points, LAFC is in danger of missing the postseason for the first time.

“We’re always committed to winning,” Thorrington said. “That commitment to winning is now and later.”

Get the latest news delivered daily!